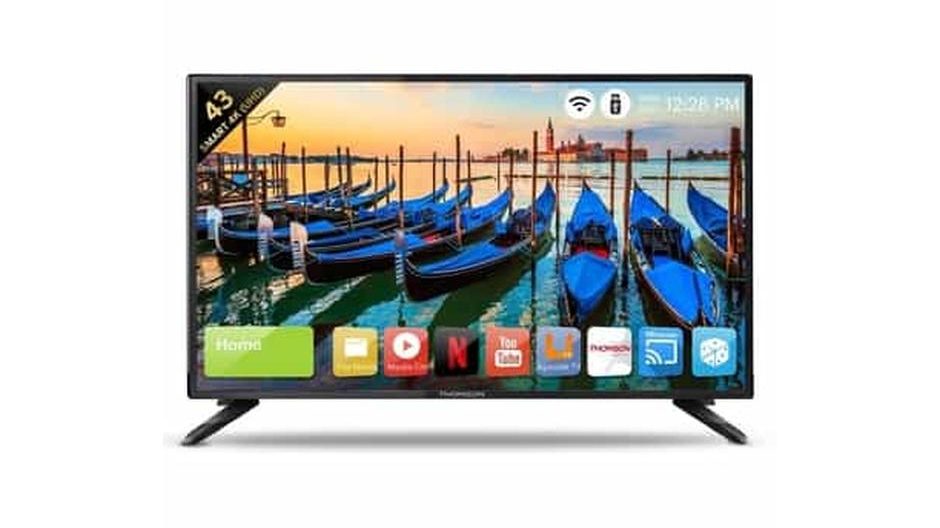 French company Thomson has launched the new 4K smart television series in India. Thomson’s new 4K (four thousand resolutions) smart television works on the Google Android TV operating system. Smart TVs come in 43, 49, 55 and 65 inch screen sizes. The company has fixed its initial price of Rs 29,999. These sales have started from today, 14th June and they can be purchased from Flipkart. Plus, Thomson has entered the premium TV segment with a 65-inch 4K Smart TV, priced at Rs 59,999.

These four televisions of Thomson are almost identical with other processors, including processor, RAM and operating system. There is a difference between screen size and audio quality. The 65-inch screen has 4 speakers, which produces total output of 40 watts. At the same time, the remaining 3 televisions have 3 speakers and they output 30 watts. This TV has come with Dolby Digital and DTS touch. Thomson’s latest television runs on the Android TV version 8.1 ORIO operating system.

In Thomson’s TV, applications such as YouTube, Prime Video, Netflix are already installed. Apart from this, the Google Play Store has been given in television, which allows the user to download apps and games in the TV. Thomson’s new televised quad core comes with A53 processor. In these televisions, 2.5 GB RAM and 16 GB internal memory have been given.